An early ripe tomato variety Agata is a good choice

Tomatoes ripening together at an early date for open ground are especially popular with gardeners, since they can be cultivated in a wide variety of regions. The rapid ripening of tomatoes becomes one of the preventive measures for plant disease with late blight - thereby minimizing the loss of yield. One of these varieties loved by vegetable growers is the Agata tomato.

From Krymsk to Siberia

In the 70s-80s of the last century, the employees of the Crimean Experimental Breeding Station, belonging to the federal research center “Institute of Plant Genetic Resources named after Nikolai Vavilov”, worked on the creation of the Agata tomato variety. In December 1982, Agatha was declared to undergo a variety testing at the Federal State Budgetary Institution "State Breeding Commission", and in 1987 she was entered into the State Register of Breeding Achievements of the Russian Federation. The variety is approved for cultivation in the North Caucasus, the Middle Volga, in Western and Eastern Siberia.

By the nature of development, the plant is determinant (limited in growth), with simple inflorescences. The ovaries formed on them ripen into rather large red smooth fruits of a flat-round shape. They differ insignificantly in size, ripen together. Their taste is estimated by the tasters at 3.8–5 points. The main purpose of these tomatoes is fresh consumption in various salads. And also gardeners let them be processed for juice, sauces, pasta, used for preservation for the winter.

The fruits of the Agata tomato variety ripen together

During variety testing, a high field germination of seeds was noted, which makes it possible to grow these tomatoes in a non-seedling way in areas with appropriate climatic conditions, sowing them directly into the ground. It is possible to grow these tomatoes through seedlings in beds without shelter, under a film shelter or in a greenhouse, which depends on the climate of the Agatha cultivation area.

Gardeners note that the variety is quite easily affected by late blight, but due to the early ripening of Agatha fruits, the crop can be harvested before the mass destruction of nightshades by this ailment.

Objective characteristics of the variety

As a rule, statistical data allow the most accurate characterization of a particular tomato variety. Below is a table of such characteristics of the Agata variety. The plant has excellent characteristics in terms of the speed of fruit ripening and the volume of the harvest.

Table: characteristics of the Agata tomato variety in numbers

Like most of their relatives, Agate tomatoes love light, fertile soil, into which water is easily absorbed and air penetrates. They grow best in the beds where in the previous season any legumes, cucumbers, carrots, and onions were grown. In no case should you plant tomatoes after any nightshade crops - pepper, physalis, potatoes, eggplants.

As already mentioned, Agate tomatoes can be sown directly on the garden bed in those areas where their ripening period falls on a still warm season. In other areas, the seedling method of growing tomatoes is used, sowing seeds in the second half of March or the first half of April. Then the seedlings, having reached an age of about 60 days, can be planted in a garden bed, under a film shelter or in a greenhouse, when the threat of return frosts has passed, and night temperatures become above zero. In different regions, this happens at different times - from late May to mid-June.

The time of planting plants in a permanent place, as well as the method of growing (open or protected ground), completely depend on the area of ​​Agatha cultivation and the weather of the current season.

To provide the plants with a sufficient nutritional area, they are planted at a distance of 40 cm from one another in a row, and about half a meter is left between the rows. With such a planting, there are about 4 plants per square meter of area.

Agatha doesn’t need a step-son. But you may have to tie up some bushes due to the abundant harvest, which is not always possible to keep the stems of the plant themselves. Although gardeners usually get an excellent harvest of fruits without this operation.

Despite its short stature, the Agatha bush should be tied up so that it does not break off under the weight of the fruit

Agate tomatoes should be watered sparingly, taking into account the weather conditions and the quality of the soil. The presence of moisture in the soil is extremely important during the formation and ripening of fruits, but its excess is harmful to the plant, since it restricts the access of air to the roots. Agatha is usually watered once a week, but in dry, hot weather, it may need to be watered every three days. It should be noted that for irrigation it is better to use water warmed up in the sun, collected in a special container. Cold water from a well can slow down plant development.

Agata tomatoes will not cause much trouble for either a beginner or an experienced gardener, and thanks to their fast and friendly ripening, they can be grown in regions with almost any climate.


How to grow tomatoes

For a good harvest, it is necessary to ensure proper planting, care and take into account all the features and difficulties of growing the Fatima variety.

Special care is not required, it is enough to regularly remove weeds and keep the soil moist, as well as periodically carry out loosening.

The bushes are undersized, and the mass of the fruits is rather weighty, so it is imperative to tie up the branches.

In order for the bush to form well, and the fruits to be juicy, it is necessary to monitor the humidity. A dry plant develops slowly. On cloudy days, watered no more than once a week.

Fertilizers must be added during the growing season. On the 10th day after disembarking the seedlings - mullein, saltpeter and superphosphate.

In my memory, both 30 and 20 years ago, South European varieties of tomatoes such as Marmande did not differ in any special taste advantages (when grown in glass and film greenhouses in the middle zone). Were very susceptible to fruit spoilage while still on the plant (heavily soiled between the "folds") an abnormally high percentage of ugly / irregular fruits. The selection was never taken

Konigin von santa Martha and Marmande - two French guests, of course, require the southern sun, warmth and space and could not fully show their abilities in my conditions, but somewhere to the south, it seems to me, will be very suitable. Konigin de st. Martha with a closed habit. Delicious fruits will not suffer from the sun. The taste of Marmande is at the level of our usual Soviet varieties (Alpatieva, etc.), with sourness.

I know Marmande (seeds from Switzerland), last hot year gave me 3.4 kg from a bush in a greenhouse, the foliage is dense. Varieties of southern origin in our suburbs, as a rule, give smaller yields of smaller fruits, so look where the variety comes from - it will come from Germany and Canada, but you shouldn't expect a big harvest from California. But if next summer is the same as this year and last, then ...

Marmande is the legacy of French breeders. Has it survived to this day in its original form? To get the same tomatoes hanging from the bushes with clusters similar to grapes, it is not enough to find real seeds, you also have to live in a suitable climate. 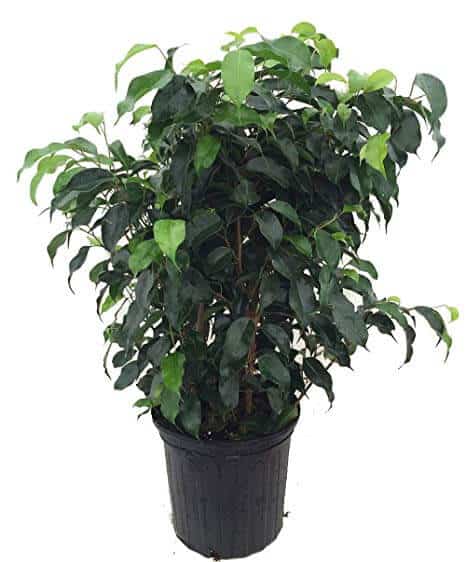 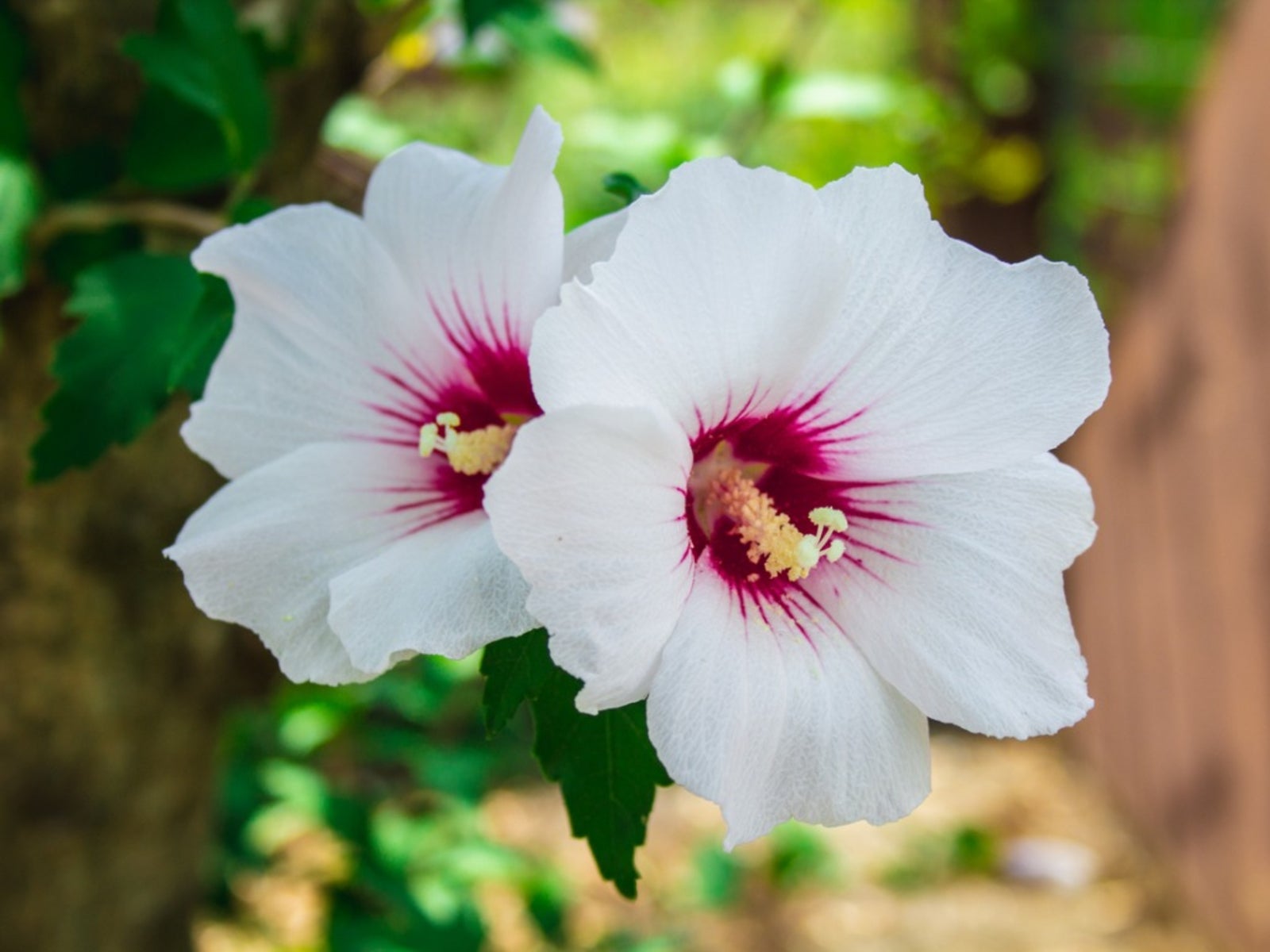 How to take care of rose of sharon plants

How do you say the horticultural x